A Piece of Mind about Malaysian Politics 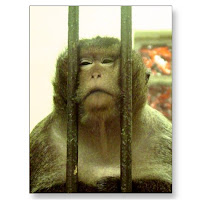 Being in Singapore allows me to have a closer look at Malaysian politics. I have always been interested in politic as I grew up among politicians. I remember that my house was once:
(a) a place for members to register their names to join the party
(b) a meeting place for the party and discuss strategies to win the
next local election
(c) storeroom for the flags, posters, bags, umbrellas with logo
I was once a strong supporter of this political party and still am a supporter to this day but that faith and trust is fading quicker than Singapore's MRT.
I have lived overseas for over 10 years now and that's when I started comparing the politics of the countries I have lived in with Malaysia's - my country. Then I worked with a Malaysian company with a a subsidiary overseas. A company that has been awarded with multi billion ringgit of a major government contract. (it turned sour, of course and government had to inject a few millions to save it). That was when I experienced first hand how government contract was actually awarded. I was reminded by the CEOs that "technical-know-who" is more important than "technical-know-how". It was embarrassing to face my foreign colleagues and having to explain that's how they do business in Malaysia. I thought that was maybe a one-off case. As time passed by and I grew older, I saw more cases like that happening in Malaysia and some of them are my friends who took advantage of the system.
When all government in civilised countries are discussing about what they need to do to face the global economic recession, how to protect employment, what they need to do to the local banking industry - I was amazed at what the big hype in Malaysia? The distribution of naked photo of a politician. Is this necessary, what is our priority?.
It seems that only the highly educated knows what is going on with the Malaysian economy, government policies etc. The public only gets stories that they would like to hear. A senior minister commented on TV that Malaysia will only be "slightly" affected by the global recession. Is that the truth? The government will spent about $8b, but does public/taxpayers know what will they be spending on? Isn't the public ready to hear the truth?
Australian government made this publicly available and public will know how these plans will affect them. They are heavily criticised for bad spending too. Singaporean government is much faster than Australia (being PAP the only power party) has announced their plan, has launched several programmes for the public particularly retraining schemes to ensure that public gets ready when it hits them bad. Malaysians will loose out - but only the public at large, not the politicians. They know what they are protecting.
The current chaos is probably needed to shake off all of the useless people that has been governing the country for a long time. Maybe we need to make a sacrifice now for the future generations.
Learn, learn, learn from everyone around you.

We have found a house in Bukit Timah. The challenge is now to make that house a home. We will move in next week when our furniture arrives here. House is walking distance to both Sophia's and Johan's schools which is good. They will start school next week. Sophia is excited but Johan is the complete opposite. That would be my challenge. Kids teach you patience. I am adjusting to being at home. I was an absentee mother for the last two years. I am trying my very best to make up for the lost time. Tell you what - children are very forgiving.
I feel liberated not having to think (responsible/obligated) of work but at the same time I feel like I am loosing myself. I feel like I am loosing my identity as "Zana". This will be worse when the kids start school as I will be known as Sophia's mum and Johan's mum.
Nearly eight years now and I am still adjusting to motherhood. 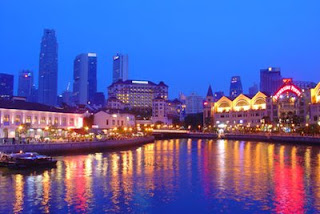 New chapter but memories remain. How could I forget the beautiful faces, places and most treasured friendships. Goodbye Perth and welcome Singapore.